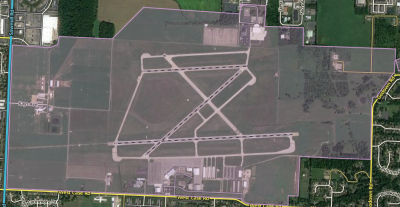 Each airport should be drawn as a single area place, covering all the airport property and including any runways, taxiways, terminal buildings, control towers or other structures. This will ensure visibility on the map. 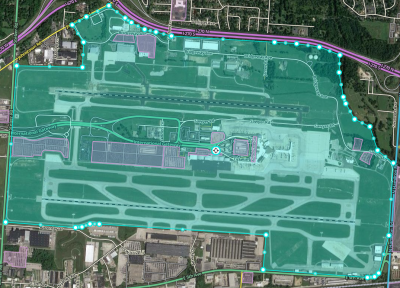 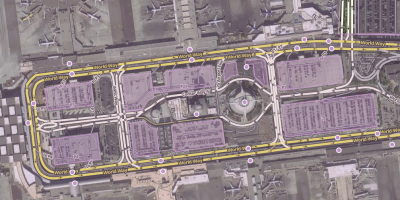