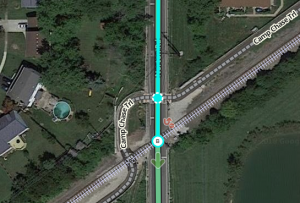 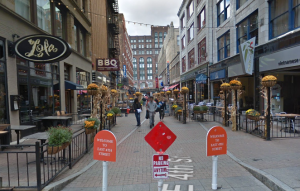 If a routable pedestrian path is closest to a destination or start point of a route, users will be routed to or from a junction of the path with a drivable road, which can be far away from the destination they are hoping to reach, but not onto or through the routable path itself. Because of this, routable pedestrian paths can cause confusion and significant routing issues. Therefore, they should only be used in rare cases to improve routing to and from destinations located on them. Never use this type for ordinary hiking or cycling paths. Most hiking and cycling paths should not be on the map at all. 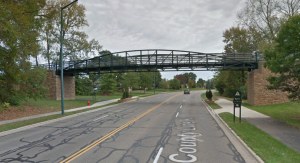 thumb|leftThere are certain cases where mapping non-routable paths can benefit drivers. For example: 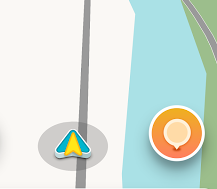 Stairways and non-routable paths look the same in the app and do not snap Wazers to themselves, unlike other road types. 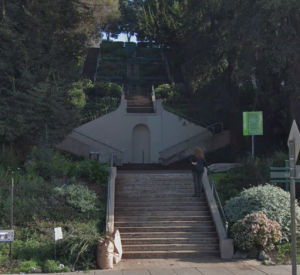 Stairways appear and behave identically in the app to non-routable pedestrian paths. They appear at similar zoom levels to private roads and parking lot roads, and they have no effect on routing. Certain public stairways are visually obvious and useful as destinations for drivers. These can be mapped using the stairway type. In general, the applications and methods of creation of non-routable pedestrian paths apply also to stairways.
Retrieved from "https://44.122.148.146.bc.googleusercontent.com/wiki/USA/index.php?title=Pedestrian_path&oldid=164495"
Category:
Hidden categories:
© 2009-2020 Waze Mobile. All Rights Reserved